I’m here talking with the lovely Cat Connor from Upper Hut, New Zealand. She’s the mother of seven children, though only the two youngest remain at home. She also has a retired Greyhound racing dog named Romeo [Romeo, where art thou? Ha, ha], who hangs out with her in her office, and a cat named Missy. She’s a coffee addict and lover of red wine and tequila [though I hope not at the same time!] and has been recently described as irresistible, infectious, and addictive.” She believes music is essential to life and always plays it when she works.


Her latest book, Databyte, is book 6 in The _byte series starring FBI agent Ellie Conway, and is published by Rebel ePublishers, USA, a small independent publisher she has been with since 2009. The inspiration for her stories come from a question, in this case: “Whose hand is it?” She’s one of those writers who has no preconceived notions of how her book will turn out until she gets to the end of it.


Databyte was just released in June of 2014, and can be found at all major book retailers in paperback and e-format. Cat writes all of her book in first person format, in other words, as if you, the reader, were the character. [In my particular case, Once Upon a Western Way is written in first person, but I found it was hard to stick to in many locations. Cat has better luck with it than I do.]  In Databyte, Ellie is wanted for a murder she didn’t commit and is on the run from both FBI and Metro. 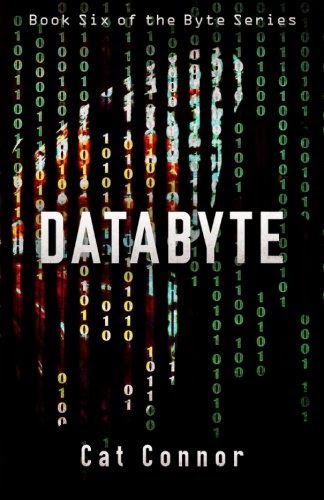 Cat wishes her readers to be thoroughly entertained by her book, and to laugh and cry right along with her characters. She’d like the audience to experience life through Ellie’s eyes, and to feel her fear and joys. Book #7 of the series, Eraserbyte, is due out next year, and Cat has just finished book #8, Psychobyte, which will be on its way to her publisher early next year.


Cat has also written Snakebyte, a novella which fits between book 5 and 6 in this series (a must-have for serious fans), and three short story collections and a poetry book, and all of these are independently-published. Cat spends a lot of time on social media, but more because she enjoys the interaction than to market her work, though she admits, she does make sales through social media. She also hosts a writer’s workshop/group at her local city library.

**Disclaimer: This is not an endorsement of the books in question, as I’ve not read them and can’t vouch for their contents.**
Posted by Unknown at 2:43 PM

Find Me at LinkedIn!